There are few things in life which have its uniform effect, irrespective of the world we live in. Yes, I am talking about one of the necessities which are attached with humans in general and students in particular. You guessed it right. It is about study apps. Yes, it is a sole criteria to distinguish the capabilities through the marks they possess. So, in order to better excel and ease yourself towards passing with flying colors, there are certain apps which will ease you in your process of achieving the best possible results according to your expectations. Let’s take a look at the- 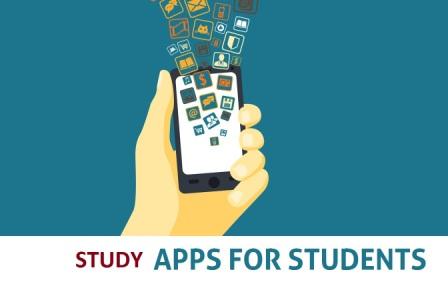 Writing a research paper requires not only research but also lots of references and citations. Isn’t it? Now, what if I am able to name an app which features whopping 7000 citation styles with the inclusion of MLA and APA formats? Yes, EasyBib includes the same. You just have to simply type the book’s name and based on the available options, you can accordingly prepare the citation.

Most of the time while making curriculum, we often tend to spend way more that what we have actually thought about. After all, Mint will keep you well in track with your spending power.

Aren’t we often quite perplexed with our writing? Yes, most of us tend to have not so good “writing style” and if we are supposed to write in a hurry, then the style becomes way more challenging for others to read. Especially, when we have to send the notes to our class mates. Now, all of that is a history, as thanks to the app Tiny Scanner, where you can easily scan documents to email them in a PDF format. If needed, you can also crop your images.

Don’t Miss: Best Android Apps That Help You To Speak English Like A Native

Have you ever been subjected to endless tensions just because of the peculiarity of a certain query which is hard to be solved by you?

Well, if yes, then Chegg is the app which you need. Hence, based on the easy aspect of live tutoring, your queries have the instant solution at your desired time. You really don’t want to ask anything more than this.

Another popular and one of the widely used study apps. The life of a student seems to be a beginning of a full-fledged professional life later on. Hence, considering the polishing of skills and to better enhance the capabilities, the app gives you a part of various freelance jobs as well as full-time ones. You can easily get the desired job, based on typing the specific requirement of yours.

Based on the aforesaid study apps, it is a proven thing, that considering the available mechanisms and facilities, students do get the leverage and seize those opportunities to make the most of the situation. After all, everyone gets 24 hours, but what matters, is the way one studies which actually depends on how you make use of the situation to turn into your favor where these apps would be handy.