Samsung, the South Korean is always a serious contender when it comes about performance; the world knows it. Perhaps, Qualcomm has realised it a little more than others in comparison. Reportedly, it has solved the excess heating issue associated with its Snapdragon 810 chipsets, and the next aim is always too obvious. Offcourse, it would love to be mated with the upcoming Galaxy Note 5. 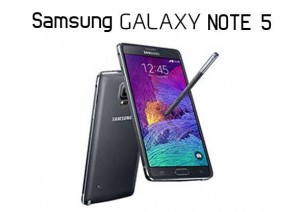 Qualcomm trying it hard to back in Samsung squad:

It is being expected for the Note 4 successor to be available by third quarter (anywhere around September-October) this year. However, the production unit is not looking like to be all set for it. The prime reason on this regard is said to be stuck with Qualcomm. Reportedly, Qualcomm is looking forward to satisfy Samsung, and want to show confidence that it can easily deal with processing unit of Galaxy Note 5. Qualcomm would never want to repeat things as the overheating huddled its way from Galaxy S6. After all, a leading manufacturer like Samsung can never adjust any compromise in terms of performance, and that’s the reason Samsung will went with Exynos chipset with Galaxy S6.

The chances are said to be high for Qualcomm to finally bag Galaxy Note 5 as many sources are claiming so. It looks quite confident as well to solve the issue. Interesting news has surfaced that says there are not a couple of varied editions of Galaxy S6 playing with two different chips like it was the case with S4.

It was earlier buzzed that Samsung was making some Galaxy S6 devices play through its Exynos chipset, and some others with Qualcomm chipsets. News of Sammy making its native Exynos chipset is also not a big secret.

TSMC all set to make the deal:

Now speculations are mounting, will Qualcomm be able to satisfy Samsung? According to sources, TSMC had bagged the deal for making Snapdragon 810 processing unit architected by Qualcomm through a twenty nm process.

It was speculated that the Snapdragon 810 processing unit is the one to have been implemented with some of the Galaxy S6 devices. Later due to the excess heating, the company had to face the unwanted scrap in orders, apparently as Qualcomm lost its place with the Galaxy S6.

Note 5 is the best opportunity for Qualcomm:

To be honest, Qualcomm is in continuous process of putting its best effort to cement its place in Samsung. And, it would always wish to make a fresh start with the upcoming Galaxy Note 5. After remarkable success of Note 4, Galaxy Note 5 has certainly turned out to be one of the most anticipated devices. Reportedly, Note 5 will be available by third quarter this year.

It’s not only Qualcomm, but TSMC also would always wish for the positive outcome. Both can get back their place after all. However, sources say things can be too apparent in coming couple of months as Samsung has to fix the supplying house so that it can meet the scheduled time period for making Galaxy Note 5 available.