Android is an open-source OS for mobile devices. Initially developed by Google, Android has made the mobile industry to boom over the past years. The number of Android users is ever increasing since its launch. Being an open source platform, Android is often prone to various security threats. An intruder can enter your network and steal your private information from the smartphone or control it without letting you know. This can be avoided if you are using a VPN. 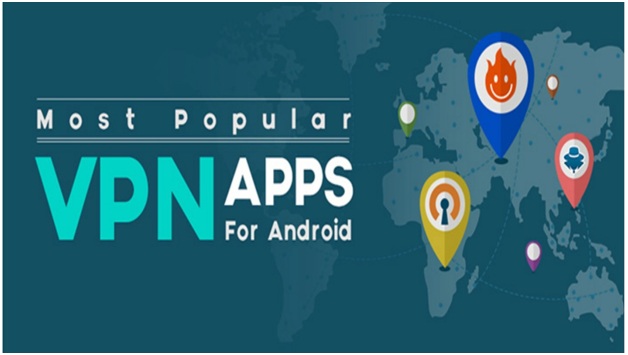 A VPN is a group of private servers that are connected virtually to each other. It allows the users to access the web anonymously without falling a prey to the spies or hackers who are looking to rob their personal information from the Android device. Go through this ultimate VPN guide here and know about the best VPN for Android devices.

If you are using an Android smartphone or tablet and wish to secure your device using a VPN then the below list will help you out in preventing the intruders to steal your data from the device and let you access the internet with complete freedom. Check out the list below:

NordVPN is a Panama-based company that provides VPN for Windows and Mac devices. It even has its Android and iOS apps for the mobile users. NordVPN lets the android user to connect to 1100+ servers located in 61+ nations of the world. A user can look at the server load and the distance of the server from user location before connecting to it. It makes use of double VPN to secure the user data and allow the user to access the web like a king.

NordVPN uses 256-Bit AES military grade protection for encrypting the data. The data travelling through its VPN tunnel is encrypted twice before reaching the destination. This encryption technology is so far the most superior technologies used on the web. It also provides DNS leak protection to a user preventing the ISP to get logs of the user activity on the internet. Its automatic kill switch technology prevents the data leakage by simply terminating all the sessions. The plans starts from $5.75 per month with 30-days money back guarantee. It is one of the best VPN apps for android.

ExpressVPN is another powerful VPN android app that has got an easy to use interface and will be loved by every Android user who installs the app. It has its servers in 94 countries of the world and is still expanding its services to other countries. The company is based in British Virgin Islands and has very strict no-logs policy. A user can browse the web fearlessly as no logs are stored on ExpressVPN’s servers.

The Chinese users will appreciate the special stealth servers of ExpressVPN in Hong Kong. All its servers offer blazing fast speed. A user can easily stream videos at really swift speeds. It includes a free smart DNS and supports 3 simultaneous connections. It will cost you $6.67 per month. If you don’t like its services, you can ask for refund in 30 days of buying the plan.

IPVanish is another powerful android VPN app that has more than million users associated with it. It is a US based company that can be totally relied on its No-Logs policy. It has self-managed servers and therefore the chances of data theft are next to negligible. The best part is that it accepts the Bitcoin payments and supports 5 simultaneous connections.

Its Android app is very basic, but not at all complicated. A user can easily navigate through the app interface without any confusion. It has its 700+ servers in 60+ countries of this planet. It supports P2P file sharing and torrenting. Moreover, it offers a free smart DNS to each of its user. You can avail its plan starting from $5.20 per month. But, it only offers 7-days money back guarantee.

HideMyAss Android app is another great VPN android app specifically designed for the Android smartphone and tablet users. It has the largest server network around the world having its servers in 190+ countries of this planet. It only supports 2 simultaneous connections.

Access just any website around the world without any restriction when you are connected to its servers. It offers blazing fast server speed to all its users without throttling it. The minimum plan starts from $6.56 per month.

So, these were some of the best Android VPN apps a user can try installing on his/her android smartphone and access the internet fearlessly from their android device. If you are using an android device, you must secure it by using any of the above mentioned VPN app.