Why, you must be asking, are we talking about games and VPN? Surely, playing games for real money or simply playing online games for fun is not a dangerous and risky enterprise. Gamers are mostly innocent and jolly people who are passing time and sometimes making serious money off it. 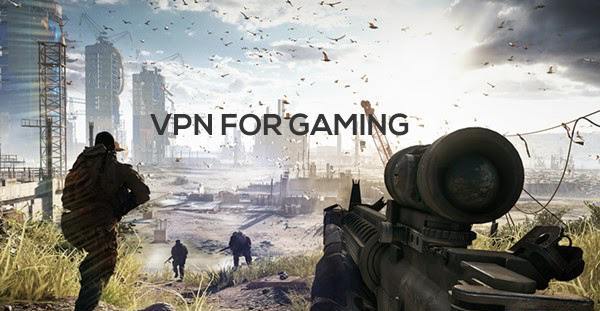 VPN for gaming can speed your connection with the server client (ping) and lower any delays. However that is not the only and primary benefit. Before making a choice we recommend you to read this guide about the best vpn for gaming.

When you play games without a VPN, your privacy is not safe. Hackers, trolls and meddlers are everywhere. They snap your information, e.g. which types of games you like to play and your interests and hobbies and then sell this information to various companies.

This might sound harmless or innocent but nevertheless you should be prepared. VPN Trend is probably the best VPN for gaming , in my opinion.

VPN is a software that encrypts all the data that goes in and out of your computer, hiding your IP, NS and location. Hence you become anonymous.

Here are some key benefits for using VPN for gaming:

Country Exclusives Are No Longer a Limitation

As you know companies release different versions of their games for specific countries. With the help of a VPN, you get to play games and download DLC content regardless of your location. You have play all the country-exclusive variations of the game.

If you are a true gamer, then waiting for a good game can be nerve-wrecking task. Sometimes gaming companies release their games early in one country and at a later date in another. But you want to play the game as soon as it comes out. You cannot bear to watch American gamers playing it in multiplayer mode while you in Europe have to wait for days or months. VPN will fix it for you.

Contrary to the popular belief, VPN actually reduces ping times and lag. It deploys shorter connection routes so you can enjoy your gaming experience like never before.

As discussed at the beginning of the article, VPN keeps your data safe and your connection private. This is a blessing bigger than you think. These days nobody is safe. Even government agencies are spying on you and you think internet gaming geeks will spare you?

VPN will protect you from DDoS attacks when you are gaming. These attacks occur when multiple resources capture bandwidth of the attacked system. It will render your connection useless and steal data from your computer.

Play all games in every region

Sometimes the developing company and sometimes the government restricts your acess to a particular game. For example in China, you cannot play certain video games. To combat this, you can install a VPN service and play any game you want.

Especially if you want to play multiplayer online games, it won’t let you connect to some users. With a VPN you can play with whomever you like.

Another unethical benefit is bypassing paid membership. Some games are free in some countries and paid in others. It is not exactly ethical but you can trick the system by configuring an IP of a free country through VPN.Sometimes, the developing company and the government can restrict your access to a particular game. For example, in China, you cannot play certain video games. To combat this, you can install a VPN service and play any game you want. Games such as Diablo 2 (visit somewhere like www.yesgamers.com to learn more), League of Legends, and Fortnite are just a handful of the games that you can get stuck into by using a VPN. When you know that it means you can play any game, as well as keep your information safe, more and more users will use VPNs.

It can also let you connect to other users, and playing multiplayer games is the reason why some people like to play in the first place. Thankfully with a VPN, you can play with whomever you like.

Another unethical benefit is bypassing paid membership. Some games are free in some countries, and in others, you have to pay for them. It is not exactly ethical but you can trick the system by configuring an IP of a free country through VPN.

Nuur Hasan is a software developer and a political activist, he intends to dedicate his life to the becoming the voice of the voiceless.