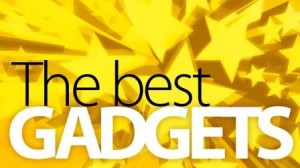 Welcome back to Technied. Are you planning to buy a new gadget in this festive season? If your answer is yes then you have come to the right place to find out which one of those gadgets suit’s your personality well. Nowadays companies are competing with each other by launching new gadgets almost daily. Today, we have collected top 7 gadgets which were the best for this current year 2012.

The Apple iPhone 5 is thinner, lighter and faster than its predecessors. It features a taller screen, blisteringly-fast Apple A6 processor, LTE 4G, 8 MP camera and many more. iPhone 5 comes with iOS 6, the world’s most advanced mobile operating system

It is one of the best gaming gadgets available in market. Sony has launched this gaming smartphone with some new and broad gaming features. Sony Xperia play is certified for ps3 gaming. Xperia play has a 5 megapixel camera with led flash and adding a beautiful screen with high resolution textures. From this smartphone you can play through PSP buttons present within the phone its gives you well deserving game play that you get with PSP.

Htc Onex deserves its position through its well grade features. It is a perfect smartphone. Htc Onex works on android 4.0 and has an 8 megapixel camera with LED flash compatible with 3g and wireless networks.

This smartphone has also made its name by some unique smart features. Works on android 4.0 with 8 megapixel camera along with a LED flash.

Asus pad phone is one of the coolest gadgets of 2012. This gadget runs on android 4.0 . Other features include an 8 megapixel camera, 10.1 inches display with high resolution textures and many more.

Samsung galaxy SIII is the best smartphone available in the market. It sports a 4.8 inches of display including high resolution texures. Galaxy SIII Works on android 4.0  and comes with a camera of 8 megapixel which includes autofocus LED flash too.

Apple launched fourth generation of iPad just before few days. iPad 4 is powered by Apple A6 processor. The new version of iPad 4 also has a “FaceTime HD” camera like iPhone 5. Other features include Lightning Connector, enhanced LTE connectivity and many more.