The year 2014 is anticipated to be one of the busiest years for the second largest mobile developer and manufacturer, Samsung.  Samsung is well known for its production of mobile phones, Smartphones and tablets.  Reportedly, the company will be launching three products this year including Samsung Galaxy Note 4, Samsung Galaxy S5 and Samsung Galaxy S6 Phablet and Smartphones respectively. 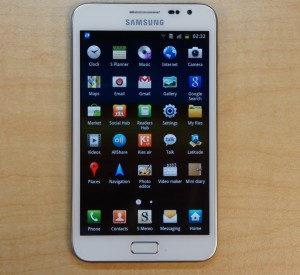 The Samsung Galaxy Note 4 is expected to feature major upgrades of the third generation in the galaxy note series.  For starters, the Smartphone will be running on Android 4.4 operating system which will ensure easy access to applications, seamless multitasking and unbeatable speed.  The camera is another thing that you should expect to see major upgrading in.  As such, the Smartphone is reported to feature a 13MP primary camera with image sensors and an optical image stabilization feature to ensure blissful capturing of clear and precise images.  Additionally, the Smartphone will feature a front camera for video conferencing and a video recorder.

On matters security, Galaxy Note 4 will feature a finger printer and iris scanning technology. This will prevent unauthorized access to your phone and ensure protection of your data.  On the same note, the phone will feature a plastic screen. The plastic screen provides protection against screen breakage in the occasion of accidental drops.  Other features expected to impress on this Smartphone include large screen display, massive memory space (expandable), stylus pen and pressure sensitive screen which will ensure immediate screen response to touch and swipe.

With a few months to the expected release date of this Smartphone, there is a lot of news and rumors making rounds already.  Confirmed reports indicate that Samsung Galaxy Note 4 will be a Phablet and although not as a large as tablet, the device will definitely be larger than a standard Smartphone. Unconfirmed rumors have it that, the device will be the first on the Samsung line of production to feature among other major technological advancements, the wireless charging technology.  If this rumor turns out to be true then the device will become especially useful for those of you who are always on the move.

Now, as the release date for the Samsung Galaxy Note 4 is nearing, anticipation is rising among Samsung enthusiasts and technology critics. Already there is a lot of speculations on how the device will be like; however, much is yet to be confirmed, so, the only thing to do should be to wait and see what the device will deliver.