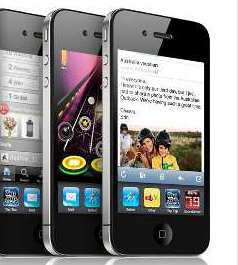 India’s leading telecom operator Airtel and Aircel announced the launch of apple iPhone 4 in India. iPhone 4 comes to india after 11 months of its global launch.

iphone 4 comes with a comes with 3.5 inch display and 640×960 pixel resolution.It becomes thinner than iPhone 3G. iPhone4 also has longer battery life than the previous model, two cameras including one of 5-megapixel with built-in LED flash and many more new features.

“Pricing is (Rs) 34,500 for 16 GB, 40,900 for 32 GB. But there are offers that Airtel is offering for its customers which would basically mean you would get 50 per cent discount on your usage of SMS, data and voice on using this phone, which could translate to as higher discount as 24,000 rupees over a period of 24 months.”

So if you want to buy this amazing smartphone then contact your  near by Aircel or Airtel showrooms.