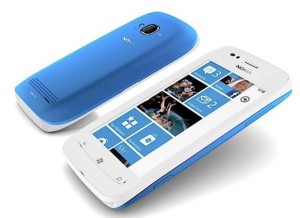 As expected earlier,Nokia has released Lumia 710 in India at the price tag of Rs. 18,999.Lumia 710 was originally unveiled  at the Nokia World 2011 in London.Like other smartphones Lumia 710 also comes with lots of interesting features.

Nokia Lumia 710 is available in only in two colors-Black and White colors. You can also get the exchangeable back covers in Black, White, Cyan,Fuchsia and Yellow colors.Other features include a 3.5mm headset jack, Wi-Fi 801.11 b/g/n, 3G Connectivity,Bluetooth 2.1 + EDR, up to 34 hours of music playback time, up to 7 hours of talk-time, up to 400 hours of stand-by time.

If you are planning to buy one,then contact your nearest Nokia Dealer today.