Unless you’re a crypto-newbie, you will probably already know that Bitcoin Cash (BCC or BCH) is one of the alternative cryptographic digital currencies. Like others of its type it runs on a blockchain platform. And we all know day by day block chain use cases are increasing in all sectors including banking and finance.

Now lets talk more about BTC. Launched in 2017, Bitcoin Cash was forked (split) from the software codes of its parent coin  Bitcoin (BTC). 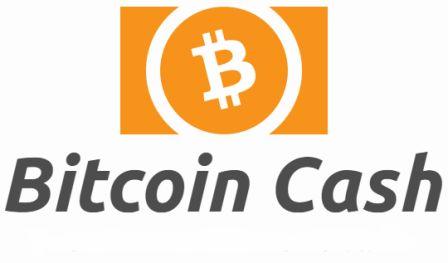 In early August 2017, due to the 1:1 split ratio, holders of bitcoins around block 478558, were given an equivalent number of Bitcoin Cash. For instance, if you had 10 Bitcoins before the fork, you would then have 10 Bitcoin Cash afterwards.

Those users who had no immediate need for BCH, they could simply chill off.

Whatever your decision was, there are some straightforward paths to BCH cryptocurrency transactions. Here are some reliable access methods you can use to acquire BCH with ease.

Actionable Ways to Get Your BCH

The retrieval process is possible if you are familiar with importation of private keys (unpublished cryptographic keys). According to Bitcoin.com, one must meet the following two conditions before getting BCH:

By using Bitcoin Core, you can securely keep your private keys in a folder on your PC. Moreover, you can also backup your keys by navigating through the menus of the software. After backing up, import them to Bitcoin ABC — this is just another full-node wallet. From there, you should be able to use your coins.

NB: it’s advisable to install the Bitcoin Core and Bitcoin ABC wallets on separate devices, since they sometimes conflict each other.

For those who have long-term intentions of storing their coins, a software like Electron Cash would suit them for the most part.

But there are few risks involved in private key importations.

You must therefore take the precautions below, in order not to compromise the safety of your bitcoins.

If you do it this way, you will decrease the risk of losses, in case your PC is insecure. Even if they steal your private keys, there will be zero Bitcoins to lose.

To sum up, there are several ways you can use to acquire your BCH. For instance, you can install tools like Trezor and Ledger. Even though these hardware wallets are relatively safe to use, you will want to ensure that you keep your private keys secure.

Wallets like Electrum Cash use seed phrases to provide recovery options. Mnemonic seed phrases protect both BTC and BCH private keys. They can also be used to access your BCH from any BCH-enabled wallet.