After the ban on PUBG Mobile in India, superster Akshay Kumar announced the launch of a new action game in India. The all new game is called FAU-G (Fearless And United Guards). The first official teaser of FAU-G was released  on Dussehra, which managed to create hype around the title. And the great news is that on 30th November, the developers of the game announced that pre-registrations for FAU-G are underway. Afer the announcement of pre-registrations of FAU-G, most of the sites started sharing FAU-G APK on their sites. However all such files are fraudulent. 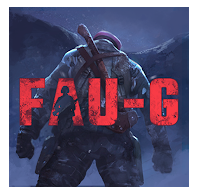 How To Pre-Register For FAU-G On The Google Play Store?

It is super easy to pre-register for FAU-G and it does not take more than 2 minutes. You can follow the steps given below to do so:

Open the FAU-G page on the Play Store just by clicking here. And  tab  on  the “Pre-Register”  button  as shown  below.

Next, they have to press the green ‘Pre-register’ button.

A dialogue box will appear, prompting players to confirm the registration. They can select the ‘Ok’ button to complete the process.

That’s all. You have successfully pre-registered for FAU-G game. If you have faced any difficulty kindly let us know through our comment section. We’ll share the FAU-G APK link with our readers as soon as it is available. Thanks for reading.