Cybercrime refers to criminal activities involving the use of networks and computers system, whether they are hacking, or scams on the Internet. Web fraud, identity theft, and misuse of credit cards are also called cybercrimes. Another way that cyber criminals can effectively access your device or server is by scanning for security flaws that they can use to enter. 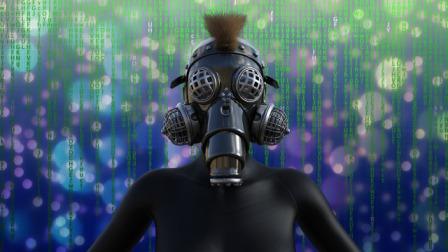 We’ll discuss how to detect a keylogger and three (3) cybersecurity risks to look for in this article. Let us first talk about what a keylogger is, and what damage it can do to you and your computer.

A keylogger is a program that records and saves all of the keystrokes a computer user creates for later use. Sometimes, the person who’s got a keylogger on their devices doesn’t know it is even there. An organization can use keyloggers to track a worker they are dubious of. Sometimes a keylogger can be a benefit for the computer user, as it could be used for backup purposes in case a system crash happens. Yet keyloggers can often be considered as malware (also known as spyware), because they can be used by a third party to track your online banking use, and they can get hold of your money details and steal your identity. There are some keyloggers capturing details of your computer screen at regular intervals (these are called screen recorders). And keyloggers can forward the captured keystrokes directly to the attacker.

To answer the question of a way to notice how to detect a keylogger, you want to use a spyware removal program, also known as a keylogger remover, or malware remover. It will scan your PC for problems and let you click a button to delete them. You can also use this to schedule daily device tests for any new keyloggers in the future. And the best products, too, will act as an anti-spyware system to prevent future attacks.

In a world where computer systems carry vast amounts of information, data must be held as securely as possible. As people find ways to hack into networks and steal confidential information that can often be compromised.

One way this is often done is by using a keylogger, which is a piece of software that captures every letter typed on a computer keyboard and then sent it to a third party, usually either by email or by storing the information on the computer itself to be collected later by the hacker.

The best way to forestall this from happening with your device is to ensure you have up-to-date antivirus software installed and update it regularly. It is also a good idea to run a virus scan if you find anything wrong with your device, for instance, if it unexpectedly runs at a slower rate than usual.

People sometimes fail to do this, and it’s a good idea to configure the antivirus software to update periodically, usually at least once a day, as it will provide the best protection against keyloggers and other forms of viruses as well.

Nevertheless, if the worst thing happens and your computer gets hacked, this is what you should do to prevent the situation from getting worse: upgrade your antivirus software

You can then link your device to the Internet once you have completed the above steps. You will then need to change passwords of all websites you usually use, as they may have been compromised.

The most important thing about changing passwords is never to use the same password on more than one website, as that would mean a hacker would only need to use it once to get access to everything you would do online.

An excellent way to set multiple easy-to-remember passwords is to have a base password, then add a few numbers or other characters that are unique to each site.

3 Cybersecurity Risks to Look Out For

Phishing attacks are a type of threat to information security that breaks standard security practices and gives up confidential information, including names, addresses, login credentials, social security numbers, credit card information and other financial data. In most cases, hackers send out fake emails that look like they come from legitimate sources, like financial institutions, eBay, PayPal— and even friends and colleagues.

Hackers are attempting to get users to take some suggested action in phishing attacks, such as clicking on links in emails that take them to fake websites that ask for personal information or install malware on their computers. Opening email attachments can also install malware on user devices designed to collect sensitive information, send emails to contacts, or provide remote access to devices.

Ransomware recently grew rapidly as one of the more visible threats through the ranks of malicious applications. What is disturbing about this ransomware is its ability to encrypt a device and unlock it only after the user has paid a ransom. This component of the hi-jacking system makes ransomware extremely disruptive. The Cryptolocker strain’s biggest ransomware attack compromised about 250,000 computers and received $3 million for the ransomware developers. As you might imagine, critical infrastructure and systems can be virtually crippled by attacks of this scale.

Information Cloud data storage is becoming increasingly popular every day. Many organizations are quenching traditional data storage methods and transmitting their data to the cloud. Sounds safe, doesn’t it? Okay, to some degree. Remember, however, that while offline, your data is being backed up, other virtual devices may have access to your information. Devices thus get access to your cryptographic keys. It comes as a consequence of many applications running in the same environment. It would be best if you were picky when it comes to choosing a cloud provider to fix that. Additionally, your encryption system needs to be strengthened to prevent attackers from accessing your information.

Unfortunately, several organizations around the world can not pass a basic cybersecurity test. One of the reasons why many fail this critical test is the inability to keep up with ever-changing cybersecurity world.

It is important for both organizations and individuals to be aware of common cybersecurity risks, and to take necessary action to protect them from risk.