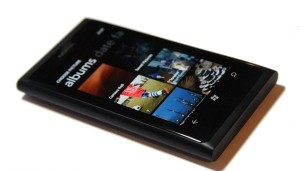 There have been rumors about the Nokia Lumia 900, a higher-end version of the Lumia 800 may hit the stores sometime in February 2012. Swisscom, a telecom operator from Swiss has tweeted about this device before few weeks and according to them Lumia 900 may hit the market in February.

The Nokia Lumia 900 will have a 4.3 inch touch-screen which is a whole 0.6 inches bigger than the Lumia 800’s 3.7 inch display.The device will make its first appearance at CES 2012 in January.

However, the price,specification and the launch-date are unconfirmed by Nokia themselves,so we’ll just have to wait for the official confirmation from Nokia.