As a result of the bicker between Rockstar and Leslie Benzies which led to a lawsuit and then a resignation the release of GTA 6 may have been delayed by at least 2 more years. So those who were banking on buying their copies of the game later this year may have to wait a little longer. We are hoping that new president of Rockstar does not mean a new vision of the 6th edition of the popular game. But keeping our fears aside, let us focus on what we already know about the franchise and the latest news from the horse’s mouth. 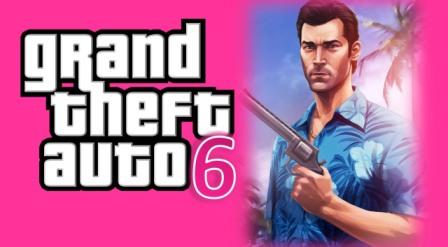 What Tells Us The Release Time?

The 6th edition of Grand Theft Auto is rumored to be supported by Virtual Reality. Now Sony is yet to come up with confirmed release dates for its PlayStation 5, but when we also check the release dates of Xbox 2 it becomes clear to us that it will be no sooner than 2018. Hence a game which may rely heavily on the features and functionality of them both may wait till 2018 or even 2020 for a mass release. So in short, the rumors which had earlier put the release date somewhere in 2016 have already been proven wrong and the new developments point towards 2020 as a more probable year for the release of GTA 6.

Why Is Rockstar Taking So Much Time?

Another reason for the late release may be the enhanced quality of sceneries. The inclusion of interactive buildings and new ammos in the game also define a new dimension for GTA. A number of rumors from Rockstar keep suggesting that GTA 6 will feature teleportation for the first time in the history of GTA. This is mainly to cut down on the annoying travelling time otherwise taken to move from one point to another in the game map. This can be really similar to the feature released by NFS or Need For Speed which was released in 2015.

A few of the patrons are quite disappointed as news from Rockstar confirms that they are not including foreign locations this year. that automatically removes London and Tokyo as possibilities. But Rockstar does say that both of them may become the destination of other games released from the Rockstar Studios. So this leaves us with a number of possible cities in the US to choose from. However buzz points us in the direction of Vice City. A pseudo-Las Vegas is actually a perfect setting for such a deviant game. the notorious gambling city may bring thousands’ of gamers’ dreams to life through GTA 6.

Let Us Add a Few Stars To Your Sky

Latest news from Hollywood says that Hollywood hottie Eva Mendez is lending her voice to GTA 6. This is quite a daring step for Rockstar since their Ray Liotta fiasco. This also confirms the rumors of the inclusion of female characters in the main gameplay. GTA 6 will also see performance from multiple stars of Hollywood including Ryan Gosling. The latest left-field report states that Rockstar has signed Shatta Wale for lending his music to the greatest game in history. SIMS 5 is also release in 2018.