Google is making continuous efforts in the era of smartphones, and so far results show the success in favor of Google. But the road is long, even very long if they want to be in competition with iPhone and Samsung. For example, the recent Google Pixel 2 is a premium smartphone, which clearly wins in the camera configuration over iPhone X, and Galaxy S8, however, still lags behind regarding sale. Well, if Google wants to overcome such competition, they should come up with something amazing, and per the rumors, Google is working on something similar. And, it will be named as Google Pixel 3. 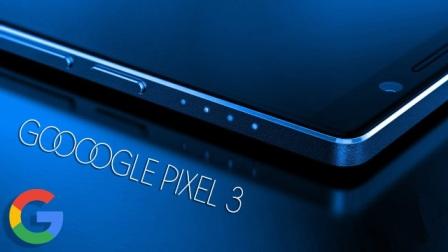 Google Pixel 3 is a smartphone by Google, which is not yet official but per the news circulating over the web, we can expect this phone in the market by the 3rd quarter of the year. There are a lot of things that Google Pixel 3 can inherit from the younger brother Google Pixel 2. Already, there are two versions available Pixel 2 and Pixel 2 XL. We hope name explains you both. XL is a bigger version, but it is very different in shape and working. Most of the people have preferred Google Pixel 2 XL over actual Pixel 2. The reason is not only bigger display, but also the premium looks. Dimensions of the smartphone Google Pixel 2 XL is rather big; there are frames and notable. Yes, there is a 6″ screen, but with the same dimensions, Samsung is able to fit a 5.3 inches diagonal display in Note8.

Talking in details for Google Pixel 2 XL design, all control elements are located on the right side: the lock and volume keys. We can not call them very comfortable, but you can get used to it. For example, we did not like the location of the lock key quite high even for my big palm. In addition, the buttons are very small and not too tight. So, now you have learned that Google should definitely consider improving the design for upcoming Google Pixel 3 and Pixel 3 XL.

Honestly, Google has also joined the trend to fit their flagship with latest things. And, following it, in the Pixel 2 XL, below is the USB Type-C of the third version, which is good. But there is no headphone jack, and everything would be fine if in last year’s Pixel advertising the company did not provoke lack of a 3.5mm connector in other smartphones. But Google has suffered a lot of this, many people have complained, and they still want to see the headphone jack in the next Pixel smartphone. Talking more about present Pixel XL, to the left only the SIM card tray slot is present, and above the display, there are two stereo speakers. It seems that such a decision looks decent. Very pleased that the standard IP67 protects the body, and therefore, finally, you cannot be afraid of getting water inside. You can be sure about the next Pixel 2018, that it will also feature the IP67 characteristics.

New Pixel 2018 can be the most special Pixel smartphone Google ever launched because the partnership with HTC will definitely bring something special. At the moment, there is not much that is available. However, you can bet on a Snapdragon 845 processor, 8GB RAM, and dual-cameras in Google Pixel 3 XL.