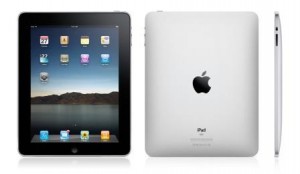 Apple will launch its third generation tablet-the new iPad 3 in India on 27th April. Apple has started selling the new iPad in 10 countries including the Unided States, before one month. New iPad 3 is priced between 30,500 rupees and 50,900 rupees in the Indian market.

The New iPad comes with a 7-inch Retina Display, dual-core Apple A5X microprocessor and also have a 5 megapixel iSight camera.The new Apple iPad has same screen size as the iPad2 but supports high resolution.We all know that the new iPad supports 4G but it will not work in India.Bharati Airtel recently launched 4G network in Kolkata, but they uses different radio spectrum band than the ones used by the 4G iPad.

Apart from India, the new iPad will be available in Colombia, Estonia, India, Israel, Latvia, Lithuania, Montenegro, South Africa and Thailand from 27th of April.