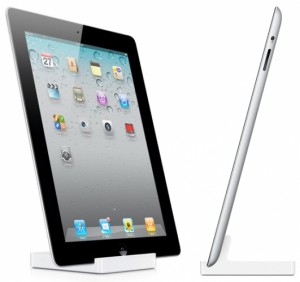 Over a month apple launched ipad 2 in the US it hits Indian stores on 29th April. The cheapest model with 16GB storage and without 3G has been priced at Rs 29,500. The top model with 64GB storage and 3G will be available for Rs 46,900.

iPad 2 is thinner and faster than its first version. Another interesting feature of iPad 2 is it comes with two cameras.With the front camera you’ll be able to FaceTime with other iPad, iPhone or iPod touch users.

On Wednesday the company said apart from India, iPad 2 will be available in 11 countries.iPhone 4 will also be launch in India by service providers like Airtel and Aircel by the end of this month.

The first version of ipad was came to india almost after 10 months of its US release.But The iPad 2 launch shows Apple has learnt its lesson.Hope from now onwards Apple treat India as a important market.But the Indian buyers have to pay more than the US buyers for the same model of ipad 2 and the price difference is almost 25%.