Technology Corporation Apple Inc and Accenture PLC a global management consulting company have decided to team up and help businesses to develop better apps for iOS, the operating system that runs iPhones and iPads. This partnership will benefit from the security, power, and simplicity of Apple’s enterprise operating system iOS. Accenture’s capacity as a leader in the business of assisting companies to increase their productivity, reduce costs and improving the customer experience will also be crucial in this partnership. 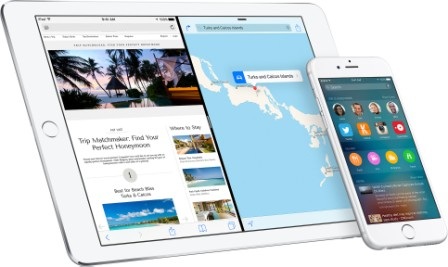 How Apple will benefit from this partnership

Apple has significantly needed consulting partners like Accenture who can help their iOS-based mobile applications to connect to legacy back-end systems in the access of data. Apple will make use of Accenture’s systems integration proficiency and its affiliation with software and networking companies such as Cisco.

Apple also intends to make their operating system more practical in business environments, particularly on the iPad. The next version of the iOS that is expected this fall will incorporate a system for drag and drop the same way one would do on a PC or a Mac computer. All these features are meant to make iPads and iPhones to be productive gadgets. Such moves will make it more practical for workers to use iOS devices in their daily operations.

Accenture has helped many large organisations to create new software and take up new business technologies over the years. The company will form special teams whose aim will be to help its customers, which include retailers and banks, write iOS applications. Apple employees, including user-interface designers and software engineers, will team up with Accenture engineers to guide these teams.

According to Gene Reznik, who is Accenture’s senior managing director of technology Ecosystems, the first joint team will be in San Francisco. However, there is no communication yet on how many teams will be formed by Apple and Accenture. The engineering teams will work on applications that engage front-line consumers and workers, such as applications running on iPads in the retail bank’s lobbies, where a teller and a customer are meant to interact with the application. It is important especially in the retail banking industry, to redesign the apps and to create a distinctive viewpoint on how businesses can work together with their clientele.

Accenture will help Apple on enterprise mobility which is one way of way of enabling applications, data and workflows running a business to be efficient on mobile devices. This increases workflow flexibility, speeds up internal processes and at the same time boosting accuracy by capturing data real time. This expertise to make legacy back-end systems easy to get to and practical on mobile devices has not been universally available.

The new ecosystem services will enable the clients to tackle the full range of iOS integration requirements to link up with the back-end systems, leveraging Accenture’s systems integration skills and the exceptional iOS advantages. Internet of Things (IoT) services that feature new templates, tools and a predesigned code will ensure that clients utilise the data from IoT platforms in their iOS applications, placing more power in the hands of employees. There will be migration services to help clients to seamlessly transfer their apps including CMC Markets apps and data to the updated iOS.

Reznik has pointed out that another key focus will be on augmented reality. This is the technology in which digital objects hover over existent objects on top of a screen. That technology is necessary and can be used by service technicians in their field work, for example by pointing an iPad or iPhone at an engine that needs repair and highlighting the faults to be corrected.

Apple intends to use this partnership to push for a win on business clients and to go past Microsoft Corp which has been the leading default operating system in the corporate industry. In this line, Apple has formed partnerships with International Business Machines Corp (IBM), Deloitte, Cisco Systems Inc, and SAP SE. This move is aimed at winning more business apps over to the iOS devices and creating user friendliness in a corporate setting.