General Motors or GM is all set to introduce its brand new Cadillac which is going to run on electricity. The greatest feature of this Cadillac is, even if it is going to run on electricity, it will also have a gasoline engine with four cylinders, which is going to help in generating the power if the lithium-ion battery ever runs out of juice. Such are the advancements of the technology that, we are getting cars which will not only be a completely environment friendly one, but also will have the backup to run if the charge runs down. 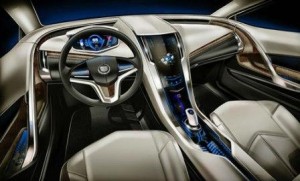 The Cadillac and its new electric avatar

According to GM, they are going to commercialize this product of theirs within next year. The Cadillac ELR has mainly been based on the Cadillac Converj, which was used as a concept car in the Detroit auto show, in 2009. This model is getting assembled at a Detroit-Hamtramck Assembly plant. This plant is known for the production of such cars as the likes of Chevrolet Volt, Opel Ampera and Holden Volt. This is also known as the only automotive plant in the US, which has the capacity to provide mass production of the electric cars and vehicles.

Mark Reuss, the President of the General Motors in North America, has said that this is works as a “further proof of our commitment to electric vehicles and advanced technology.” He has also added that, “People will instantly recognize it as a Cadillac by its distinctive, signature look and true-to-concept exterior design.” According to the Reuters, we would not have to wait long before the new Cadillac ELR gets introduced.

In its initial phase, this car is supposed to go on sale, mainly in the parts of North America, though the actual deliveries may be done in the earlier part of the first quarter of 2014. This new version is supposed to reach Europe and China late in 2014.

However, General Motors have still not divulged nay details on what the price of the newest electric version will be. There have also been no further details on how far the car is going to drive after the battery gets charged. So, to get all of the other details, I guess, we will only have to wait and watch.