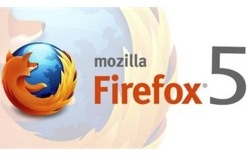 Mozilla, one of the most popular open source web browser has released a new version of Firefox on 21st June. The new version will not bring any new GUI changes, but it will have some new features and functionalities. Aside from these new features, Firefox 5 brings a number of bug fixes and performance improvements that will improve the browsing experience.

Features of New Version of Firefox

3. Background tabs have setTimeout and setInterval clamped to 1000ms to improve performance

By releasing a new version of Firefox browser every 6 weeks they hope to match Google’s development speed. Mozilla have already announced that Firefox 6 and 7 will be released later this year.Firefox 5 can be downloaded just by clicking here.