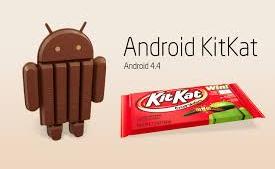 We all are aware of the arrival of new Android version that is Android v4.4 KitKat which we will be seeing in upcoming Android devices. The official version is going to be gradual, slow as well as nonexistent for many of the people. We all are very excited to use this new version launched by Google and the center of attraction are the new features that Google has introduced to its customers in this new version. Here we are going to tell you about the best 5 features that you are going to experience in new Android v4.4 KitKat.

Just similar to the M7 co processor that had been introduced into A7 processor in Apple’s new devices, KitKat has included optimizations that collects as well as delivers events involving sensors to the applications in batches, instead of each application tracking each and every even individually. This process has reduced the battery that was earlier drained by applications by these sensors.

The new Android KitKat also supports screen recording. The feature was initially possible for users that had their devices rooted but now the option is available in the official version also. There are many applications available in the Play Store that allows you to record your screen but the best one is SCR Screen Recorder. The application is very simple to use, you just need to install it, grant it the root permission and it is then ready to use on your device.

The caller ID in Android KitKat is awesome and better that caller ID’s in any of the version released till now. The new caller ID searches the whole Google database for callers that are registered to the calling number and displays their photo and name even if they are not present in your contacts.

Google has always been trying to improve the quality of photos in its Android versions; the brand new gallery in Android KitKat also has a photo editor built in it. Keeping this feature aside the gallery is more or less same as it was in older versions. The editor possesses border options, filters; ability to tweak various aspects of filter, rotating, cropping etc.The gallery also has a slide out menu that shows you the editing history. This is the part that makes Android community stand apart from others. A new version of Android comes with a lot new features that are new to all of us and very helpful as well as improving the functionality and looks of your device’s OS.

About Author: This is a guest post written by Kuldeep, He is a blogger and writes about Android on his blog AndroidCubes. He recommends you to check his latest tutorial related to rooting of HTC Desire C.