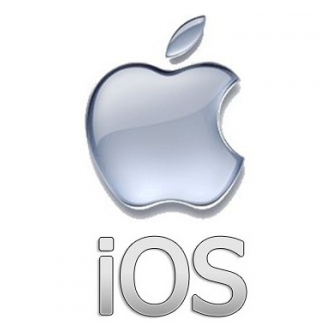 When Apple n ontroduced the iPhone in 2007, the company revolutionized the still-new Smartphone segment of the mobile phone market. Not content to rest on its laurels, Apple has continued to introduce innovation in its revolutionary iPhones, iPods and more recently, iPads. In fact, it could be said that Apple’s iOS has gone through six generations of re-invention in the six years since the iPhone took the cell phone market by storm.  If the most recent product introduction, the iOS 7, is any indication, Apple’s days as an innovator are far from over.

The original iPhone introduced the miniature touch screen interface to the world.  The face of the iPhone resembled the desktop of a personal computer, with icons that could be activated by a touch. The look of the icons was standardized, rows of squares with rounded corners, identifiable by function to a certain extent by the visual representation of the icons.  An onscreen keyboard, Google maps and other features were also introduced, and which would persist through several later generations.

The second generation of the Apple iOS occurred in July 2008.  The look and feel of the iPhone was basically the same as when it was introduced. The major innovation associated with iOS 2 was the app store, and the ability to add third party apps to enhance the functionality of the iPhone. The iOS 2 also introduced MobleMe, a failed attempt by Apple to integrate cloud based email into its product offerings.

iOS 3 launched in June 2009, and featured a polished look and feel with app icons with added depth and texture.  The iOS 3 also included the introduction of the iPhone 3GX, which made the keyboard available in landscape as well as in portrait mode. Push notification also made its appearance with iOS 3, along with Voice Control which made searching for music or contacts easier.

Apple introduced iOS 3.2 in April 2010, along with the first version of the iPad. The introductory version of the iPad looked very much like a scaled up version of the iPhone while taking advantage of the additional real estate of the larger screen. For instance, the Settings menu and the Mail app were able to have two information panes and the Music app looked more like the iTunes store.

Siri was the most important innovation associated with iOS 5. Originally quite limited, Siri nonetheless allowed iPhone users to interact with their hardware in a whole new way. In addition, skeuomorphism – apps that resemble real world counterparts – was always an important aspect of the iOS experience, but became more sophisticated with iOS 5.

iOS 6 witnessed the unification with OS X through cloud based services like iCloud, Messages and Calendar. Design elements were duplicated between the desktop and the cloud based function. Skeuomorphism remained high, with apps like Passbook featuring realistic looking paper shredder animations. iOS 6 also introduced Facebook sharing.

iOS 7 ditches simulated textures and shine for a flat, almost cartoon style rendering for its app icons.  Multitasking has been significantly improved to allow you to see thumbnail screen shots of your open apps. You can also swipe apps closed with a single motion.

If you want to change the security settings of your broadband connection kindly use 192.168.l.254 for proper guidance.