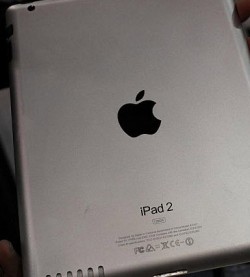 Apple CEO Steve Job unveils ipad 2 few hours ago in San Francisco.As we were expected ipad 2 comes with lots of new features.ipad 2 becomes faster, slimmer and ligher than first version of ipad.ipad 2 will be available in five different models, starting with price tag $499 for the 16Gb model.The highest priced 64GB model with WiFi and 3G will be available for $899.

Now lets look at the features of new ipad 2–

2. It bears two cameras at back and front for video conferencing.Front one is VGA.

3. Ipad 2 runs on a new processor A5 which will double the speed and graphic display by nine times.

6. Another new and interesting feature added to ipad2 is airplay.

Our big complaint-There’s still no USB outlet in ipad 2, which would have been useful for transferring files and photos.

This year we may see lots of new tablets in market,because almost each and every mobile and PC maker is planning to launch android based tablets with lots of new features.