June 14, 2018. Millions of football fans from all around the world are eagerly waiting for this day. Because on this day World’s one of the biggest sports event FIFA World Cup 2018 will be started. And the final match of the mega event will be held on July 15.  In this article we are sharing 5 best World Cup football apps you can use during the tournament to get every single detail. All these apps also free live stream FIFA World Cup 2018 matches. Now lets have a look at the football apps you need to get FIFA WC 2018 live updates, Goals, match prediction and many more. But installing these apps one can watch FIFA World Cup 2018 on mobile phone. 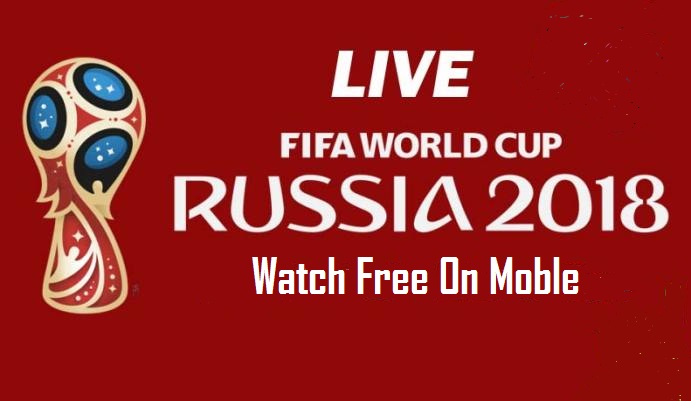 Fox Sports Go is one of the best app to watch each FIFA World Cup 2018 match, as well as highlights and analysis programme. To watch the matches live, you need to sign in with your TV Provider credentials. During World Cup, Fox Sports Go will have some additional feeds for each match including a tactical overhead view.

Fox has paid more than $400 million to FIFA for the 2018 and 2022 English language rights. People who live in USA can install the app to watch live WC 2018 matches on mobile.

One of the most popular and lightweight app to watch FIFA World Cup 2018 Free. Fubo TV app features multiple sports channels like CBS, Fox, NBC, FS1, Telemundo to broadcast Russia World Cup 2018 matches. The best thing aboiut the app is that it offers free one month subscription to their new subscribers. After that, you’ll charged $44.99 per month. One can also record the live matches using Cloud DVR feature.

This FIFA World Cup live streaming app is for those who live in India as Sony has won the broadcasting rights for the subcontinent. SonyLIV app will live streaming all the matches for paying as well as non paying subscribers. But we suggest you to go with paid subscription and it’ll cost you Rs 199 which comes with a validity of 6 months. And if you are fine with a 5 minute delayed ad-supported telecast, you can enjoy the matches without buying any subscription.

Another best app to watch FIFA World Cup 2018 live matches on android and iOS devices. Sling Tv was launched by Dish network three years ago. This app will live broadcast FIFA Wc 2018 matches both in English and Spanish language. If you are a Sling Blue subscriber, you can also log into the Fox Sports app to watch Russia World Cup matches live, highlights and repeat telecast. The price of Sling Blue plan is just 425 per month.

Do you want to watch the FIFA World Cup 2018 matches live in virtual reality using a VR headset. If yes, download and install Stadium Atro App from the link given below. The best thing is that you can use any VR headset, including the Google Cardboard, to get a 180° view of the stadium during live matches. The app currently supports 37 different viewing angles including aerial view, and in super slow motion. Astro is the official broadcaster of FIFA World Cup 2018 in Malaysia and will be broadcasting all 64 matches in SD and HD format.